KISSIMMEE, FL - JULY 15: Orlando Cruz celebrates with members of the Kissimmee LGBT club after his victory over Alejandro Valdez during a boxing match at the Kissimmee Civic Center on July 15, 2016 in Kissimmee, Florida. Cruz was the first professional boxer to announce himself as gay and recently lost four friends in the Pulse Nightclub shooting in Orlando, he dedicated this match to his lost friends and won the bout by TKO in the 7th round. (Photo by Alex Menendez/Getty Images) *** Local Caption *** Orlando Cruz; Alejandro Valdez 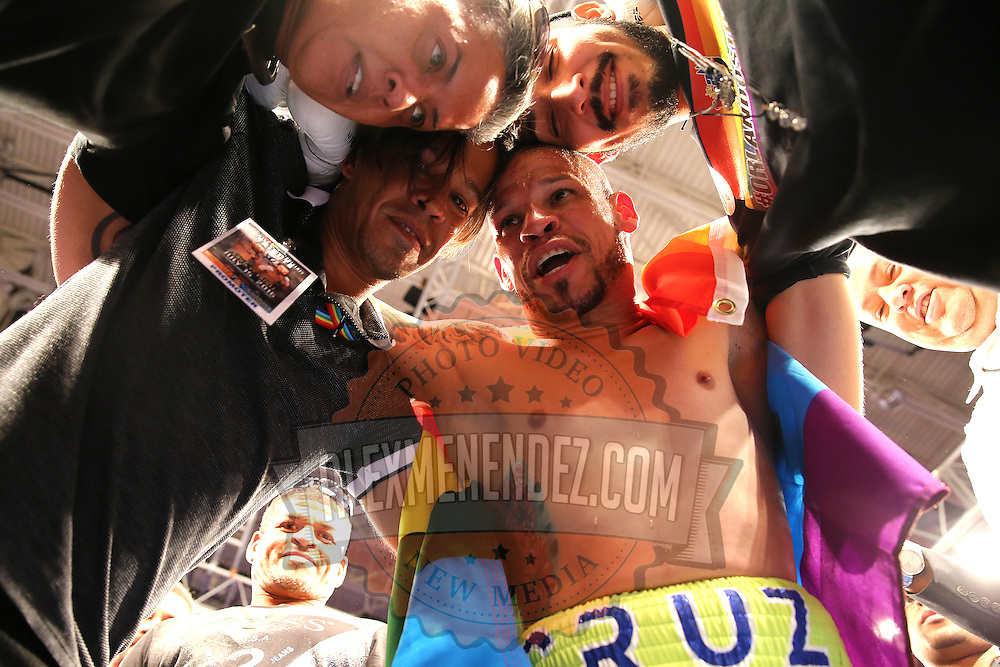