A gay marriage supporter passes out fliers to passerby's, outside the Supreme Court in Washington D.C. on Tuesday, March 26, 2013, where the justices were hearing arguments on California's voter approved ban on same-sex marriage called Proposition 8. The Supreme Court waded into the fight over same-sex marriage Tuesday, at a time when public opinion is shifting rapidly in favor of permitting gay and lesbian couples to wed, but 40 states don't allow it. (AP Photo/ Alex Menendez) 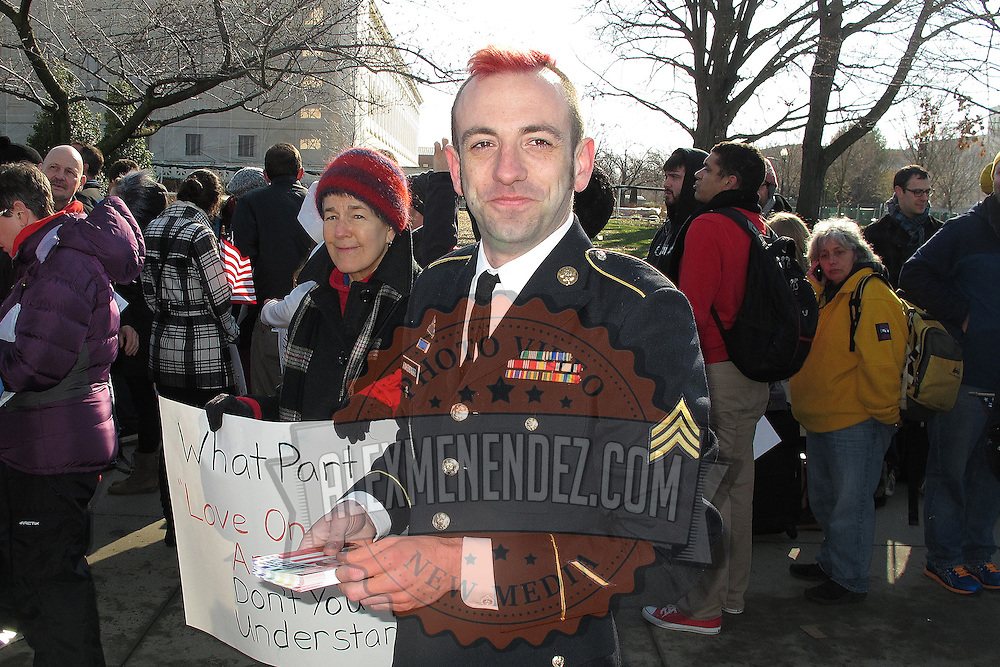