Doctor Peggy Hellweg, a geophysicist at the Berkeley Seismological Laboratory shows the magnitude on the seismograph of the Napa earthquake as seen from a recording station located in Berkeley, California, on Monday, August 24, 2014. On Sunday, a 6.1 magnitude earthquake caused significant damage and left three critically injured in California's northern Bay Area early Sunday, igniting fires, sending at least 87 people to a hospital, knocking out power to tens of thousands and sending residents running out of their homes in the darkness. Aftershocks are still being captured across the area by seismometers that are recording seismic data. (AP Photo/Alex Menendez) 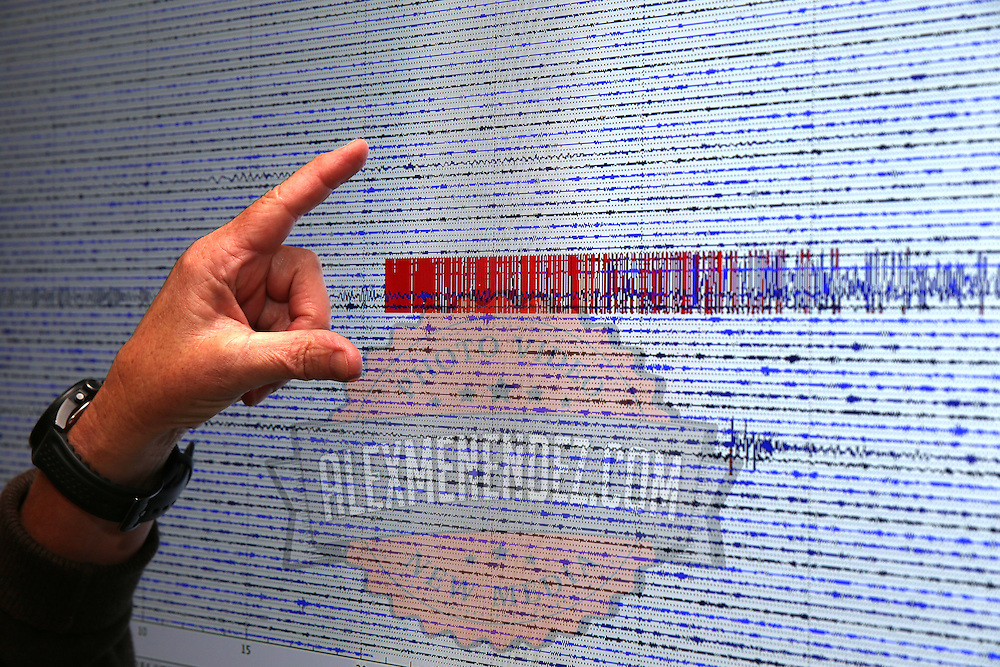