A small child observes a poster on the street as activists take part in a rally on the steps of city hall in downtown Orlando, Florida on Saturday, May 5, 2013. The protesters gathered to support a global protest named "March Against Monsanto," demanding a stop to the use of agrochemicals and the production of genetically modified food, which according to them has harmful health effects, causing cancer, infertility and other diseases. Marches and rallies against seed giant Monsanto were held across the U.S. and in dozens of other countries. (AP Photo/Alex Menendez) 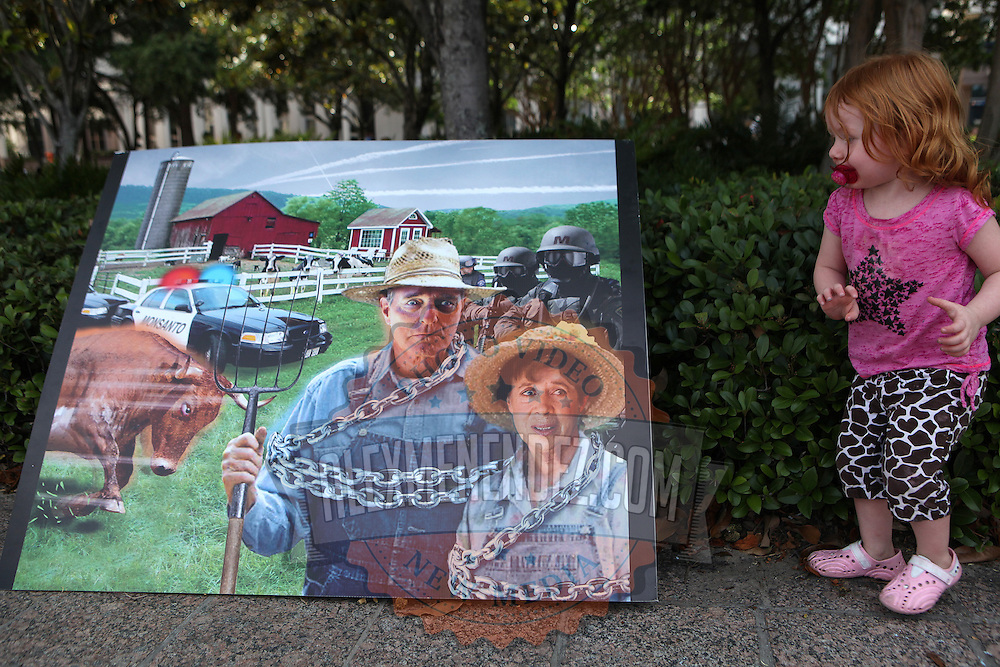