Florida attorney John Morgan holds a photo is his late father Ramon, who passed away from cancer. Morgan has said marijuana helped ease his father’s suffering as he was dying of cancer and he believes that legalization in a controlled distribution program is needed by pain sufferers in Florida, and he has provided funding to get a medicinal marijuana ballot measure that would make medical marijuana legal in Florida. This image of him was taken in his office at the Morgan and Morgan law firm in Orlando, Florida on Tuesday, September 2, 2014. (AP Photo/Alex Menendez) 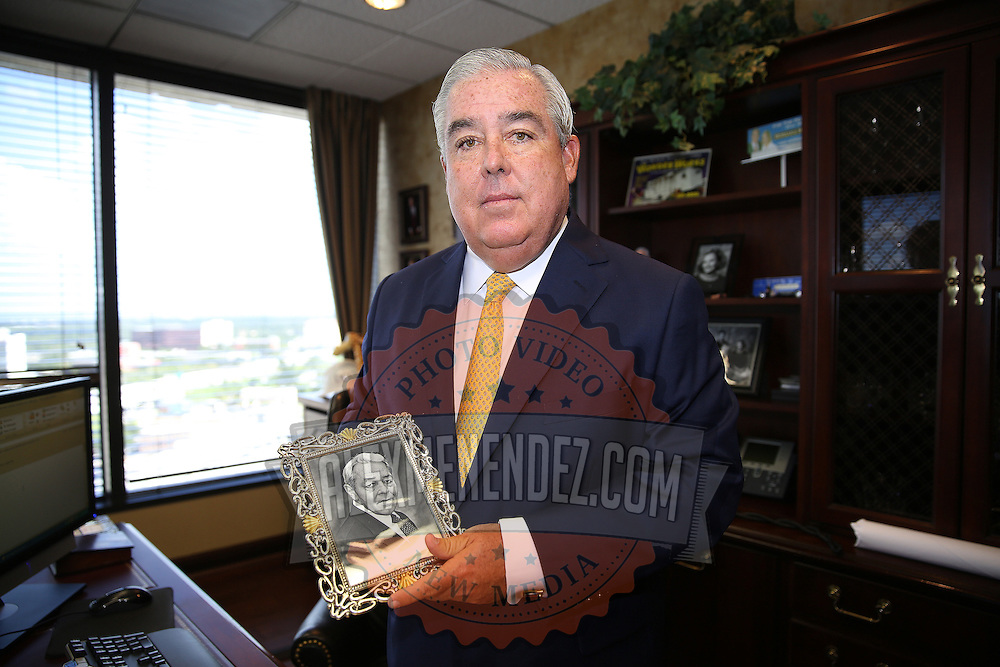