ORLANDO, FL - MARCH 24: Deandre Ayton #22 of the Phoenix Suns attempts a shot over Nikola Vucevic #9 of the Orlando Magic as Al-Farouq Aminu #2 of the Orlando Magic looks on during the first half at Amway Center on March 24, 2021 in Orlando, Florida. NOTE TO USER: User expressly acknowledges and agrees that, by downloading and or using this photograph, User is consenting to the terms and conditions of the Getty Images License Agreement. (Photo by Alex Menendez/Getty Images)*** Local Caption *** Deandre Ayton; Nikola Vucevic; Al-Farouq Aminu 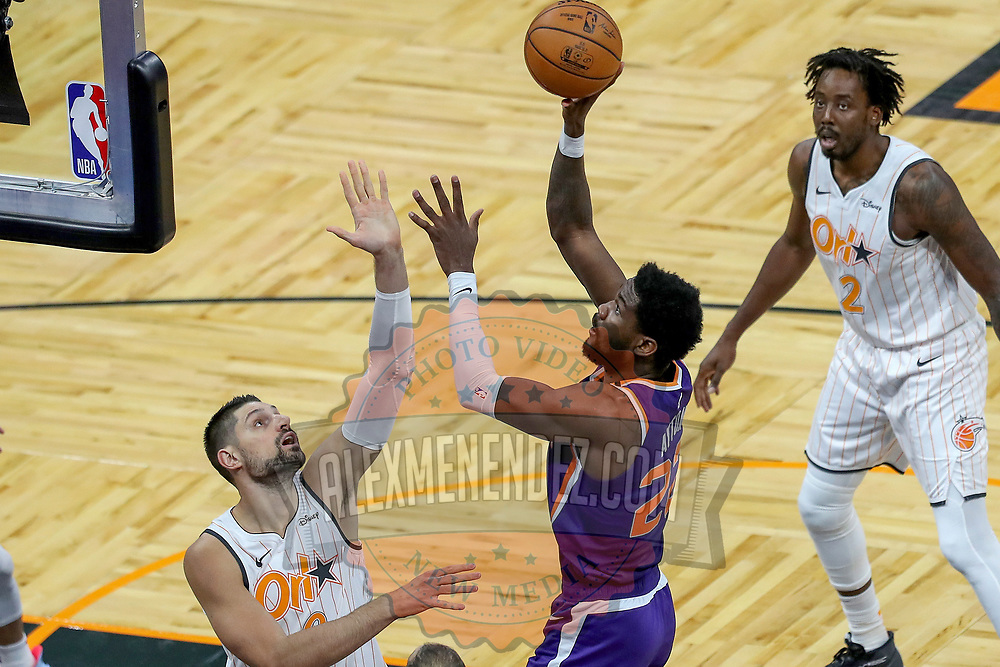