Organizer Miles Mulrain of Let Your Voice Be Heard speaks to the crowd during a vigil to honor deceased Orlando Police officer Master Sgt. Debra Clayton who was shot and killed as she attempted to stop and question accused gunman Markeith Loyd, at an Orlando Walmart, on January 10, 2017 in Orlando, Florida. Orange County deputy Norm Lewis who was also killed on his motor patrol while responding to Clayton's shooting was also honored. (Alex Menendez via AP) 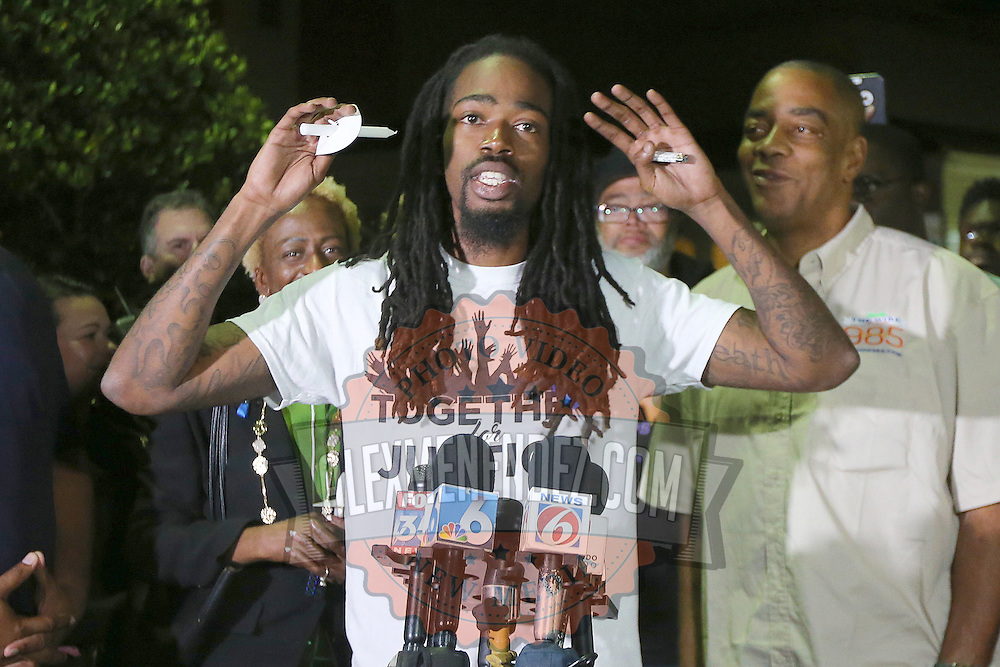