Demonstrators hold signs and march outside the Supreme Court in Washington D.C. on Tuesday, March 26, 2013, where the justices were hearing arguments on California's voter approved ban on same-sex marriage called Proposition 8. The Supreme Court waded into the fight over same-sex marriage Tuesday, at a time when public opinion is shifting rapidly in favor of permitting gay and lesbian couples to wed, but 40 states don't allow it. (AP Photo/ Alex Menendez) 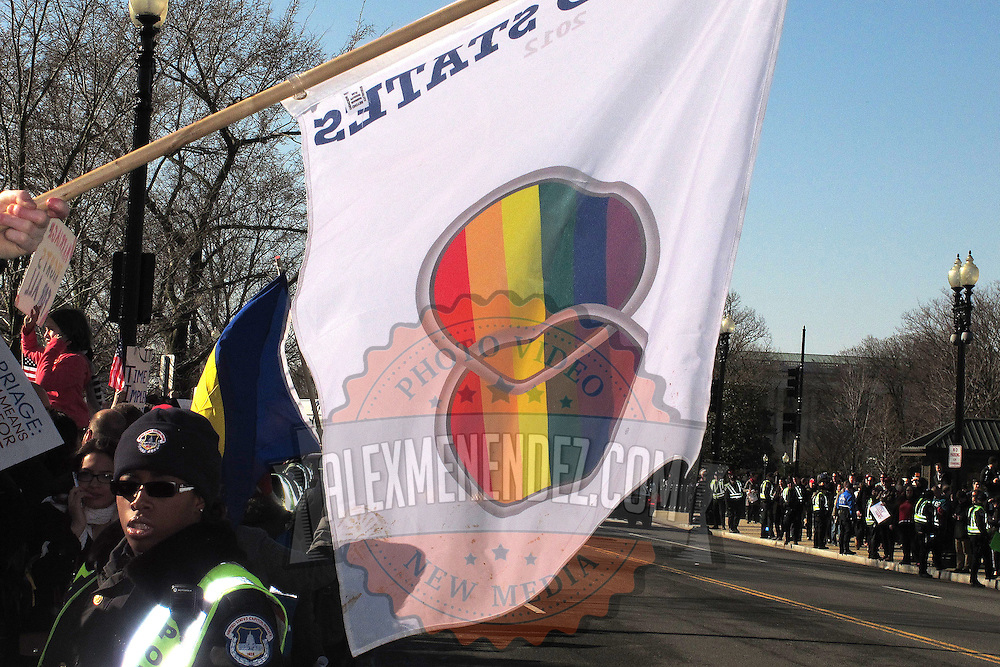