Shani Angela holds a sign of victims names that were previously brutalized or harassed by the police, during the "National Moment of Silence" event at the Lake Eola bandshell in downtown Orlando, Florida on Thursday, August 14, 2014. In light of the recent killing of eighteen year old Mike Brown in Ferguson, Missouri, citizens across America are gathering in solidarity to hold vigils and observe a moment of silence to honor victims of suspected police brutality. (AP Photo/Alex Menendez) 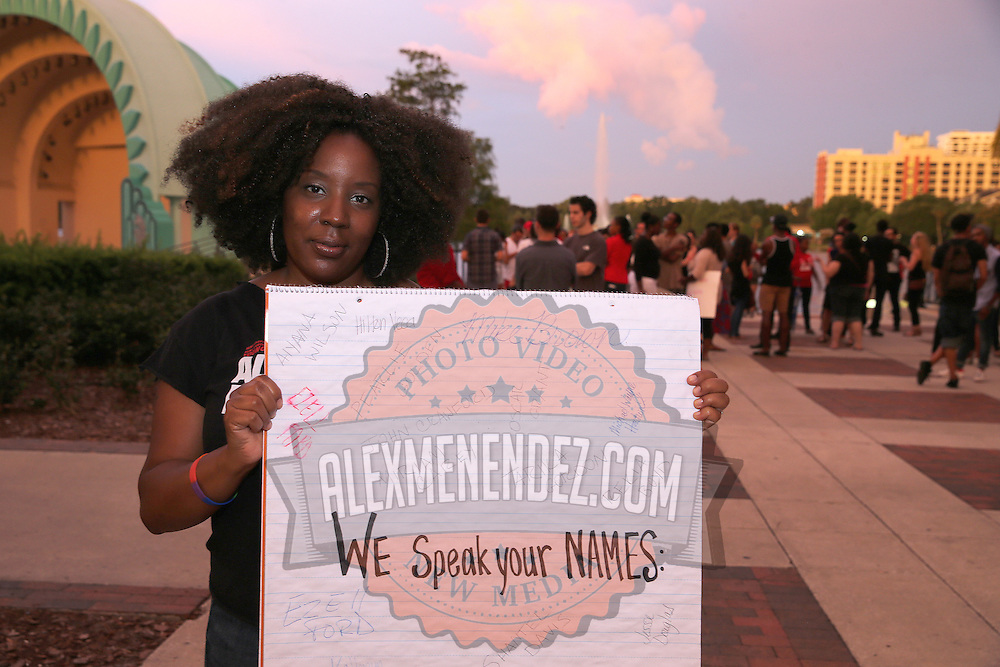