Protesters gather on S.R. 50 in downtown Orlando to protest nationwide police brutality on Thursday, December 4, 2014 in Orlando, Florida. The Eric Garner choking incident and the Mike Brown shooting grand jury decision were the main reason the protesters decided to shut down the major roadway in downtown Orlando, which they did for about 15 minutes until City of Orlando police officers responded peacefully and controlled the area. (Photo/Alex Menendez) 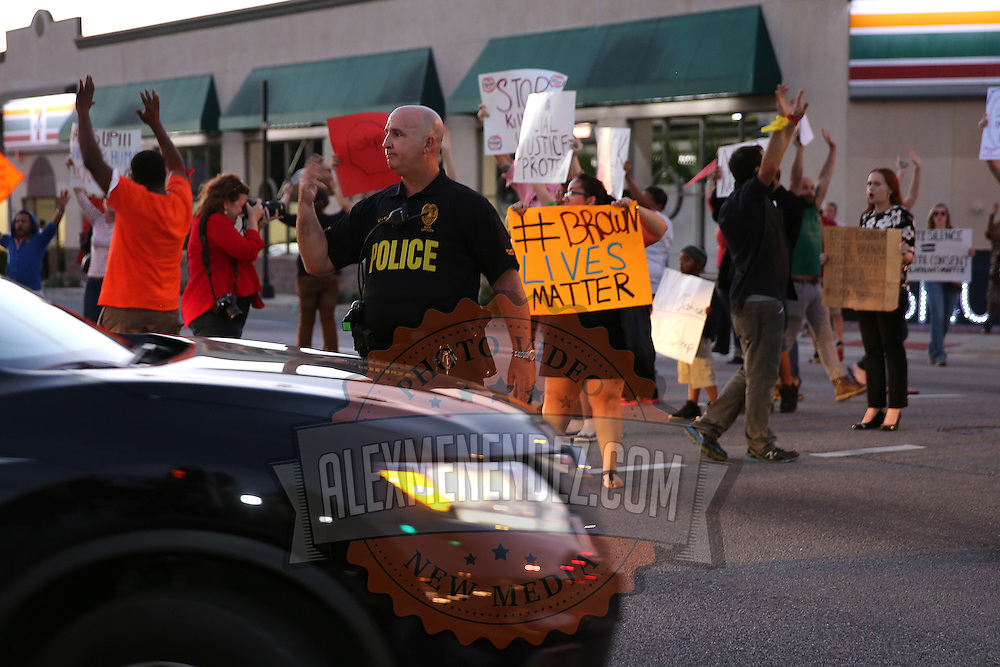